Once Upon a Time in Hollywood

Once Upon a Time in Hollywood packs a punch 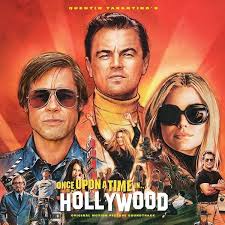 Once Upon a Time in Hollywood" follows the story of different people in the movie industry during the late 60s. One of these people was Sharon Tate, a real life actress and victim of the Manson Family Murders. The movie contrasts her glamorous life compared the the poverty of others in the decade.

In the 60s, radio, film and television started to define American pop culture. The glamour of Hollywood contrasted hippie culture and the horrors of the Vietnam War. It was a defining decade where people were struggling to find their place in the world. Writer and director Quentin Tarantino attempts to capture this period in his new movie Once Upon a Time in Hollywood.

The film follows the fictional TV star, Rick Dalton (Leonardo Dicaprio) and his stunt-man, Cliff Booth (Brad Pitt). As they attempt to navigate their way through the changing times, they’re also finding their way through a changing industry that’s barely recognizable anymore. Dalton also happens to be neighbors with actress Sharon Tate (Margot Robbie) who was an unfortunate victim of the Manson family murders.

Tarantino has made his claim to fame through other big movies such as Kill Bill, Reservoir Dogs and Pulp Fiction. He is known for using a lot of pop culture references and violence in his films. Once Upon a Time in Hollywood captures Tarantino’s essence perfectly. If you didn’t know who wrote it, you would be able to tell within the first 15 minutes that it was Tarantino.

The summer blockbuster did a top-notch job of showing all of  the socio-economic levels of the 60s. By fully developing each character, Tarantino contrasts between the glamorous life of Sharon Tate compared to the poverty that the Manson family was living in. The 60s are known as being such a golden age for Hollywood. The movie definitely shows that side of the decade, but it also captures the lives of people who didn’t live the fabulous Hollywood lifestyle.

The character development in the movie also really shined through. With such well-known actors, it was bound from the beginning to have powerful acting. Each of them had to play a certain stereotype without making it cheesy or over the top. In doing so, they played strong characters with larger than life personalities. I was captivated by what was going on at all times because the actors did such a brilliant job of pulling in the audience with every word that came out of their mouths.

However, the time frame of the flick is definitely a disadvantage. The movie was 2 hours and 45 minutes long which makes seeing it a big commitment. Also, it doesn’t really follow a plot line. Instead, it follows each person and what’s happening in their life. Getting background info before seeing the film about the Manson cult is a helpful idea. I was familiar with the story of the Manson family murders and wanted to see the build up to it. However, my dad didn’t know the story at all ahead of time and found it boring due to it being such a long movie that didn’t follow a typical plot line.

Despite the long time frame, it is definitely a film worth seeing. Tarantino pulled out a win with this movie. Each scene was expertly executed and found a way to draw in the audience. Once Upon a Time in Hollywood is an inspired film that is a must-see.