Technology is causing many issues for people 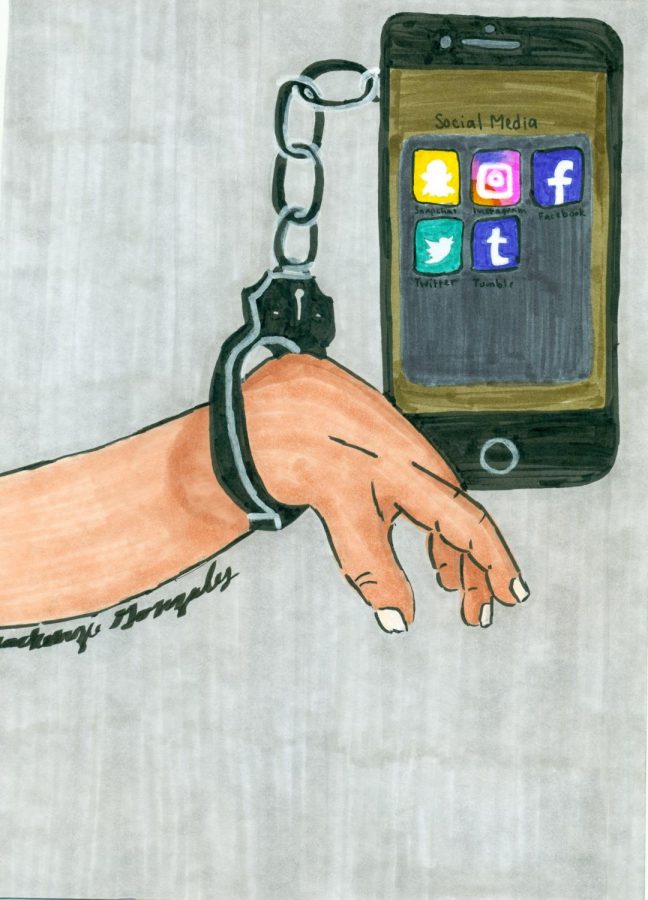 America has developed technology to complete almost any task, nowadays. From medical uses to entertainment, a generation dependent on screens has been created.

Millennials, and the generations succeeding them, have become evermore indulged in the screens of their phones, computers and television. Those born after the baby boomer generation (1984-2005) the so-called “millennials” have embraced the use of technology. They use it to relax and interact with the outside world.

And to them it’s important, a line to the world outside their room, city and country.

While the older generations had alcohol and tobacco as their vices, the latest generations has social media. From an outlet of emotions on Instagram and Facebook to hours of media on YouTube and Netflix, electronic forms of social media has riddled its way into the minds of almost every millennial and those generation following.

Like the tobacco industry, companies like Apple sell their services to young minds feeding their addiction with the newest iPhone. They sell their products for a profit, knowing they can cause issues and mental risks. These companies promote easier communication while decreasing physical connection. Phones are kept on their person at all times for time to break with reality.

There are very real effects that are spiraling in young adults and teens.

The mental health effects that follow their prolonged use has shown to be at an increase. A survey by the Royal Society for Public Health asked 14-24 year olds in the UK how social media affected their daily lives. The survey results found that Snapchat, Facebook, Twitter and Instagram all led to more feelings of depression, anxiety and loneliness. Other recent studies by Child Mind Institute shows that kids with access to social media platforms tend to have lower self esteems and higher risk of developing anxiety.

Along with the mental effects, cybercrimes have been invented with the creation of technology. Cyberbullying is one of the forms of bullying that can have real consequences. Hurtful messages and posts can increase feelings of loneliness and sadness. There has been a rise in suicide rates in teens linked with the usage of social media has grown. With the advanced forms of communication, people can say and do things they would not say or do in person. Social media has desensitized youth since they see a profile pic instead of a person in front of them.

Yet, teenagers spend hours a day scrolling through their feeds just to see celebrity endorsements, bodies and models. Some begin to see trends. Some see the bodies of celebrities and wish they had that eight pack of abs or the size two waist. Social media promotes a distorted vision of reality. Cognitive anthropologist Bob Deutsch says that “While we can share the delectable stack of pancakes we had for breakfast, the highlights of last night’s party, our feet poolside on vacation … we’re sharing a simple chronicle that … can project an image of a life far better than the one we authentically experience.” Studies have shown the increasing want for material that causes unrealistic expectations causing a fear of missing out from trends and popular ideals.

The negatives social media brings are high, but there are some benefits. Technology is not evil. It connects people from far away places and brings knowledge to people at faster speeds than ever seen before. It has created scans that can reveal diseases and aid in surgeries. Social media, on the other hand has revealed that it is not as beneficial as other technological advances. The mental issues it causes are detrimental. People need to overcome the popularity of social media and see their effects.

Are they worth our own mental health; our own youths torment?

The evidence of harmful effects to teens is surmounting; yet the advancements still come. They will still be bought and idolized and this cycle will prolong itself perpetuating the pain, without change. These effects need to be shown by media outlets in order to help younger generations and repair these problems before an entire generation falls victim to their effects.