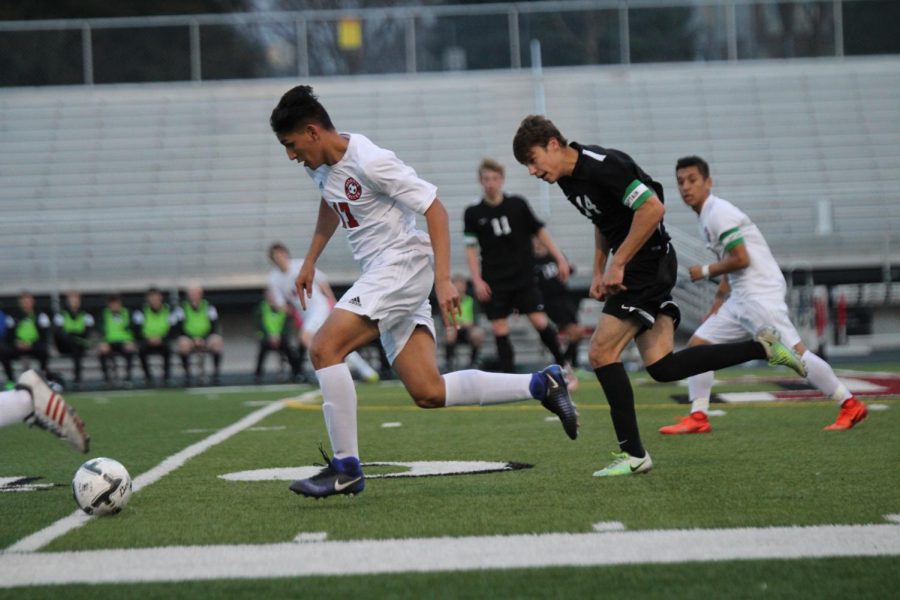 The boys soccer team is playing the Westside Warriors this coming Thursday in enemy territory. Holding a record of 2-2, the boys are looking for a difficult win over the Warriors who currently hold the top rank in the state, sitting comfortably at a record of 6-0.

With wins over Omaha Central and Bellevue East, the boys are looking to clench their 3rd win of the season to walk off with a winning record.

The Warriors have given the Wildcats trouble in the past, kicking them out of the state tournament from the previous year after losing in a shootout 1-3.

To avoid potential disaster, the boys must be sharp on all four corners of the field. Westside has a fast moving offense with a couple good shooters who can hurt a lot of defenses.

The Wildcats are under the leadership of head coach Michael Doria, and are very limited with upperclassmen. Senior leadership will come from Jackson McGowan, one of the only seniors still on the active roster.

The boys overcome a challenge with a young team with the exception of a surplus of juniors who will fill the shoes of the seniors they follow. Junior Andrew Hall has stepped up as a team leader after earning his starting spot at middle forward last season.

Hall, along with many other juniors are the backbone of the team, whom under correct leadership, have the potential to do great things for the future and see themselves back in the state tournament.

Their away conference game will be held Thursday night at Omaha Westside. Check back for more updates.