Rolling to a win

Bowling starts off their season on track 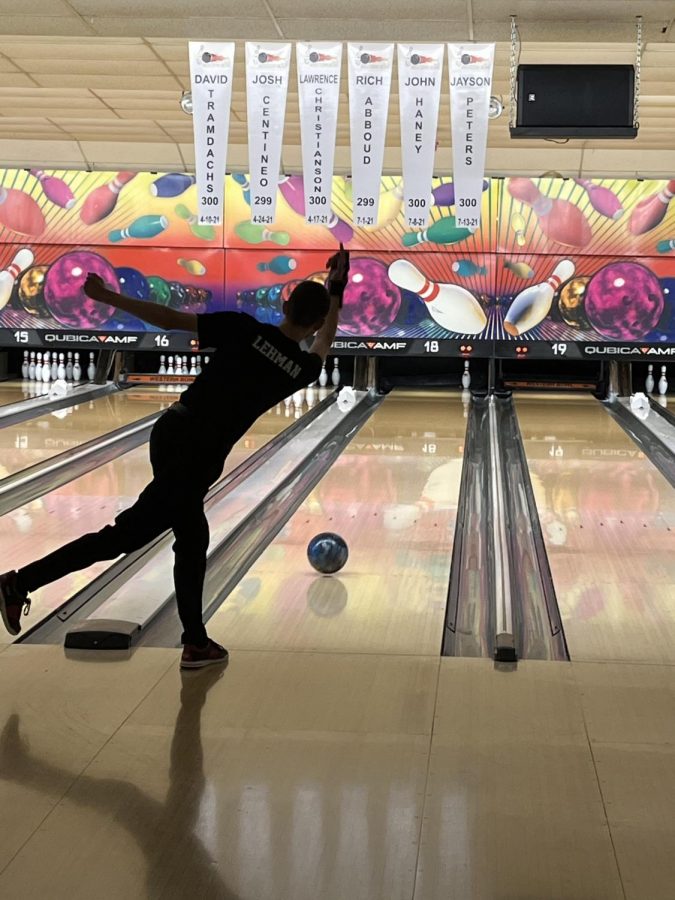 Both Varsity bowling teams had a tough fought day at Western Bowl. They both went home 1-1, and are ready to pick back up next week. “For our first duel we did really well, considering we bowled a couple tough teams,” coach Megan Smith said. “Through this, we were able to keep our spirits up, and I’m looking forward to a great season.”

The first set of games were against the Mustangs, and the varsity boys team had a tough start. Each game was a duel between one Millard West player and one Millard North player. The winner is decided by adding up a team of five scores and a baker’s game (five players each bowl twice to get a team score). Each win of a duel is worth one point, and players get that point by out-bowling their opponent in ten frames. Junior Drew Lehman scored the highest score for the Wildcats during their duel with a score of 220. Following him came junior Sean Murphy with a total of 183, outsourcing sophomore Kai Smith by 20.

In fourth for the Wildcats was sophomore Viggo Nyman with a score of 150, and sophomore Brandon Ross came right behind him with 147. This added up to a total of 863, 98 points short of the Mustangs. Following this, the Wildcats had one more duel where they lost again, but shortened their deficit to 59. Lastly, in the baker’s game the Wildcats finished down by 40, to a final score of 18-3 Mustangs.

“The team overall had their ups and downs in the first duel against Millard North,” Murphy said. “We were able to play pretty well, but we came up short near the end. There’s still a lot of work to do, but plenty of season left to make improvements.”

This ended the first matches with a score of 768-598 Wildcats on top. In the second set of duels, Millard West was able to win again and put their lead up 14.5-1.5. After the baker’s game, Millard North had 6.5 points, but failed to pass Millard West, giving the Wildcats a win.

The second set of matches was against Fremont, and this was where the varsity boys came ready to play. Murphy came out on top for Millard West this time, with a score of 223. Following him with 10 less points was Lehman with 213, and in third came senior Bryan Stuckenschmidt with 164. In fourth and fifth were Nyman and Ross with scores of 159 and 158. After these duels, the Wildcats had another set where they came out on top again, putting their lead to 7-1.

“The second duel against Fremont went very well,” Murphy said. “Our team turned it around and had a few really good games that led us to beat Fremont pretty good.”

Lastly, the Millard West varsity girls team faced off against Fremont, and took their first loss of the day. This put the Wildcats varsity teams at 1-1 each for this event. Naumann came in first for Millard West with a score of 180, and Nemitz came one point behind. Following this, Weland bowled a 154, and Reimers ended with 115. In last for the Wildcats came Maulick with 105, ending the first set of matches. Although two of the girls were able to out-bowl their opponent, it wasn’t enough for a Wildcat win. Millard West was down 6-2 after the first duels and lost 733-810. In their second and final set of the day, the girls fell far short of Fremont, losing 883-617.

“I was very excited to bowl because it was our first duel of the season,” Nemitz said. “We were all very nervous to face Fremont because they had this really good anchor, but through that, we managed to try our best.”

Going into the baker’s game, the girls varsity team was down six and ended up taking another loss to have a final score of 18-3 Fremont. Although both varsity teams went 1-1 for the day, they had tough opponents and strived to improve from last week. The Millard West Varsity boys bowling team will be back in action Thursday, Dec. 9, against Omaha Northwest, to try and improve once again.