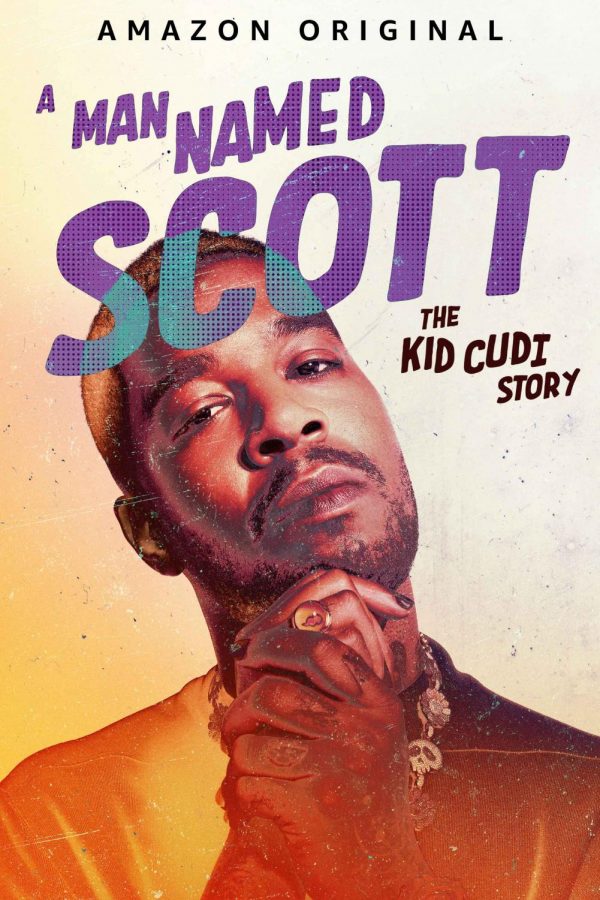 “A Man Named Scott,” which was released on Prime Video on Nov. 5, details the life and musical career of rapper Kid Cudi.

Over the past few months, my avid hip-hop listening has shifted focus from the impenetrable gangsters of 2Pac, Jay-Z and 50 Cent to more sensitive and introspective sounds. One of the main artists I dove into as a part of this transition was Kid Cudi, whose melodic, spacey sound was unlike anything I’d heard before. My discovery was just in time for the release of Prime Video’s “A Man Named Scott,” a documentary detailing the musical journey of Scott “Kid Cudi” Mescudi.

Like most musical documentaries, “A Man Named Scott” starts by detailing Cudi’s rise in the music industry. He started as a musically gifted kid in Cleveland before moving to New York to pursue his rapping dreams. With production from Dot da Genius, Cudi released “Day ‘N’ Nite,” a hit single that blew up on the internet, peaking at number three on the Billboard Hot 100.

Cudi then details some of the notable songs on his debut album: “Man on the Moon: The End of Day.” He touches on the slow, melodic flow of  “In My Dreams,” the writing struggle behind  “Soundtrack 2 My Life,” and the origin of the simple repetitive beat of “Solo Dolo.” Just a few songs into Cudi’s analysis, I felt myself wanting to listen to all of these songs again so I could hear more of what he was talking about.

It was at this point in the documentary that I made an important realization. The interview cast was star-studded, with musical icons like Kanye West, A$AP Rocky and Schoolboy Q, and pop culture celebs like Timothy Chalamet, Shia LaBeouf and Jaden Smith, but I had been bothered by the framing of the interviews. There was no headroom, interviewees were looking in the wrong direction and it bothered me. They were breaking just about every rule interviews are supposed to follow, but I realized this was intentional. Cudi had never conformed to the norms of the music industry and created his own path. The doc was following a similar, rebellious, outside-the-box approach. What was once my least-favorite part of the documentary was instantly transformed into one of my favorites.

Cudi’s mental health took a serious hit after the popularity of “Man on the Moon.” Countless fans reached out to him, appreciating his preaching on mental health and depression and letting him know that he had saved their lives. I had always figured Cudi would be appreciative of this and feel glad that he was making such a difference, however, it was just the opposite. Cudi revealed that the realization of his power over people’s lives and the responsibility he felt to keep these people alive was too much.

As Cudi fell into a depression in one of his darkest albums, “Man on the Moon II: The Legend of Mr. Rager,” the doc turns dark, too. The interviews become more somber and serious, telling of Cudi’s severe depression and reliance on cocaine. With my past in gangster rap, I was no stranger to rappers talking about drugs, but something about Cudi’s situation spoke to me differently. I had been used to hearing Lil’ Wayne and Jeezy brag about their coke use and sales. Cudi, on the other hand, spoke on his reliance on the drug. He couldn’t handle social interactions unless he was high. Interviews with Dot da Genius and Noah Callahan-Bever expressed the concerns Cudi’s friends and family had — despite being unaware of his secret addiction.

The documentary is quite depressing as it details Cudi’s struggles with fame, drugs, depression and suicide. To call this part “perfect” feels weird, but it gives off the same trapped feeling that Cudi was dealing with at this dark point in his life. Even seven years after the release of his 2015 Album, “Speedin’ Bullet 2 Heaven,” Cudi asks to skip this part of his story. With how open I was used to Cudi being, this came as a bit of a surprise, but it just goes to show how dark of a place he was in at this time. The pain he felt then was so deep that it still manifests itself today.

The climax of Cudi’s depression came when he checked himself into rehab with suicidal urges. Seeing the montage of support from Cudi’s fans and fellow artists was a moving experience that, for the first time put Cudi’s vast impact into perspective.

The documentary returns to an upbeat vibe when Cudi leaves rehab. He is a changed man and no longer wants to dwell on his depression. The perfectly placed use of “Reborn” (a collaboration between Kanye West and Kid Cudi) signifies a new chapter in Cudi’s life. He is focused on moving forward. The documentary fittingly wraps up to one of Cudi’s most famous songs, “Pursuit of Happiness.”

At the end of the 95-minute movie, I found myself not wanting it to end. When the last of the credits had scrolled, I immediately put in my headphones to listen to “Man on the Moon,” with a newfound appreciation and gratefulness for Scott Mescudi. “A Man Named Scott” was the perfect documentary for hip-hop novices, diehard Ragers and everything in between. 5/5