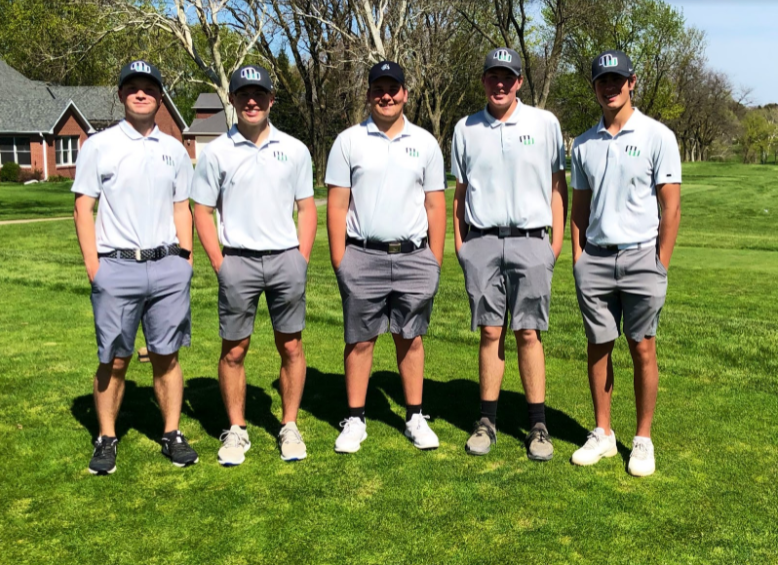 The team knew previously they played generally worse on this course than most. The fact they placed fourth at this rough course was a great milestone for the team. “Going into the tournament, the team knew that this has historically been one of our worst tournaments, and in years past we have not performed to our best abilities,” senior Blake Skoumal said. “I was insanely proud of the work the team and I put in, and how it showed here.”

On Monday, April 26, the Wildcats Varsity golf team faced off against several other schools in the Beatrice Invitational. Alongside Millard West, students from Gretna to Lincoln participated.

“I think we all stayed pretty consistent with scores from previous tournaments, but with the windy conditions and an open course, it played a lot harder, so I see that as significant improvement,” Skoumal said. “What I loved about the entire day was there were so many mistakes I made, and the good score I shot still felt easy. It’s just a mini landmark of my progress so far, and I only hope to go up from here.”

After the five scores were counted, the Wildcats accumulated a score of 327. Even with this score, they still placed fourth in the meet. Gretna placed first with a score of 312, followed by Creighton Prep with 316 and Lincoln Pius X with 318.

“The team placing fourth is pretty average this year, but it was nice to be able to beat some of the teams that are ranked ahead of us in the state rankings,” Hahn said. “We all have different aspects of our game that we know we need to improve on, and it’s up to the individual to identify a weak spot in their game and try to address it.”

“There weren’t many strokes separating us from placing higher, so if we can clean up some of our play, we will place higher going forward,” Wright said. “We’re pretty happy to place fourth, considering we played some pretty difficult teams in difficult conditions.

The Wildcats Varsity team will have another showing on Tuesday, May 4. It is a Lincoln Southwest Invite, taking place at Wilderness Ridge at 9 a.m.