To be Gen Z

Today’s generation is one of the most powerful 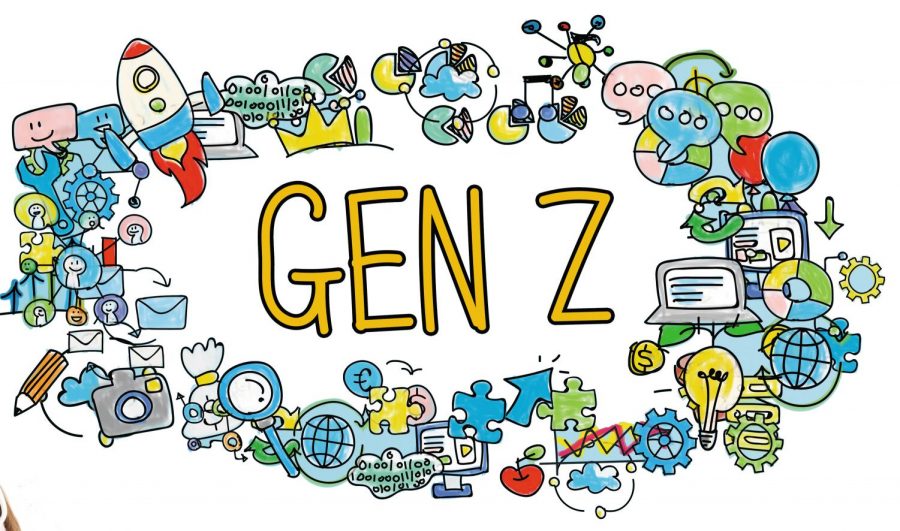 “Gen Zers” make up a very large portion of the population in the U.S today, and while born in an era of technology, 80% have stated that they aspire to work with cutting-edge technology at some point, according to a study done by Dell. This generation is also expected to account for 30% of the labor force by 2030.

From decades ago until now, it’s clear that generations have had drastic differences within their lifestyles. From social norms and the ways people have handled situations, those have all evolved over this great amount of time, and the way society has dealt with specific issues and/or reacted to those is so different. That’s all up to the way we’ve grown and evolved as a whole generation.

Today, there are approximately 90 million of us “Gen Zers” in the United States. And although society likes to define Gen Z as a group of uneducated, technology dependent humans, it’s possible this generation is one of, if not the, most powerful generations of our time.

As a whole, the entire generation has a seemingly united stance with each other. For the most part, people in this generation seem to understand one another and support other’s ideas even if not in agreement with it. I know I can say from personal experience that I’ve definitely seen a huge support system within others from my generation compared to adults and others before us. I feel like I can express my opinions without feeling judged and can have people behind me. I think growing up and experiencing things the same way as the people around you makes you get a better feel for one another. We think differently and have a new understanding of things than the way millennials do.

According to SHRM, “Generation Z marks the last generation in U.S. history where a majority of the population is white.” With that being said, this generation is actually one of the most diverse groups that there is. But unlike past generations where social norms were set on how people should look, Gen Z acknowledges and celebrates our differences between each other. “Generation Z came of age just as the Black Lives Matter movement was cresting, and they are far more comfortable with shifting views of identity than older generations have been,” according to The New York Times. I think growing up in such a diverse and controversial society has made it easier for this generation to see different views and ways of things.

“Gen Z has a strong ability to adapt to change,” said Paul Carney, an author and speaker on HR trends and a former HR manager with the Navy Federal Credit Union. This generation seems to be the generation of change. I feel as though my generation embraces change for the better and in every aspect of the world and our lives. As a whole, I think Gen Z is greatly informed about some of the most important issues going on and actually seeks for a difference. Since growing up in a technological based world, Gen Z has taken that advantage and been able to spread news about protests and other movements strictly through different social media platforms.

“Youth are organising. They’re not just getting up and saying this looks like fun today. They’re actually organising. They are organising in homes and on Zoom [and then] moving it to the streets,” said Danielle Brown, a state coordinator for the Black Voters Matters Fund. 17-year old Greta Thunberg, travels all around the world speaking of the importance of climate change, while 23-year old Malala Yousafai leads a feminist movement. These are just two of the many young leaders that we see in this generation that are making substantial differences in our world today.

This generation is also determined to be the best educated group there is. According to Pew Research Center, “A look at older members of Generation Z suggests they are on a somewhat different educational trajectory than the generations that came before them.” They are less likely to drop out of high school, and more likely to enroll in college. People in Gen Z are also more likely to have a parent that attended and graduated college, unlike the youth of previous generations. “In 2019, 44% of Gen Zers ages 7 to 17 were living with a parent who had a bachelor’s degree or more education, compared with 33% of Millennials when they were the same age,” researchers at Pew Research found. With the use of all the new technology being founded, this generation also has the ability to take learning and researching to a whole new level.

Although our generation is certainly not perfect in any way, shape or form, our passions to become and evolve as better people are definitely high. I think this is the generation of change where we will actually see differences and improvements within our lives.