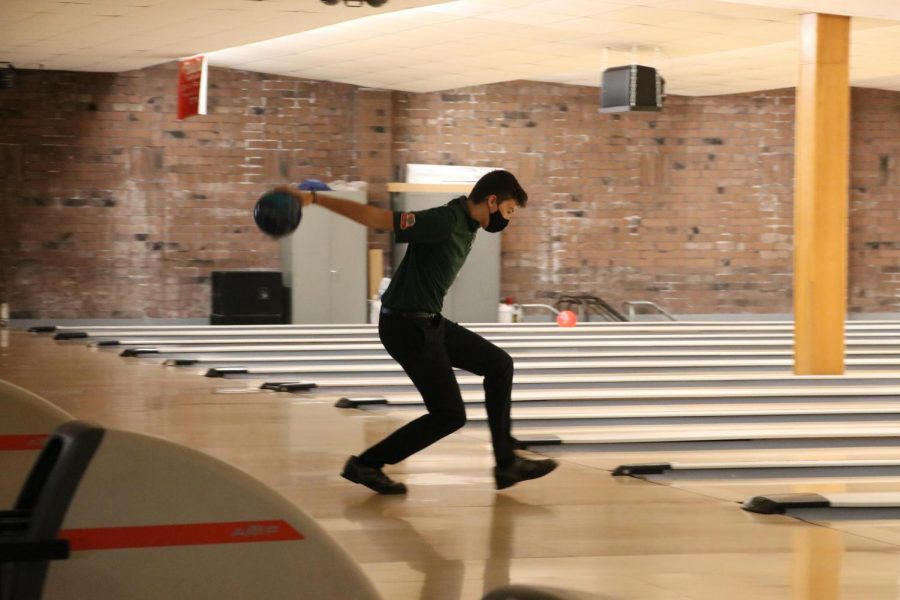 The Wildcat Unified Bowling team has worked constantly to accomplish what they have so far. The team has worked together for many weeks now and the members can rely on each other in games. “We put in a lot of effort into getting to this point in the season and having this chance,'' Parkman said. “In the practice before the meet, we attempted to achieve the scores that would get us the win in this meet, and passing them in practice gave us a huge confidence boost.”

The Wildcat team consisting of bowlers juniors Ivan Smith, Bryan Stuckenschmidt and senior Jake Parkman came out with the highest score. The meet was structured by each team bowling six baker games (when multiple bowlers all bowl for one team in a game). Every bowler in the meet would take turns and alternate bowling for their own team.

Once the first baker game began, the Millard West team came out strong and outbowled every other school accumulating a score of 155. This was their first set of bowls in the meet and ultimately became their fourth best score in the baker six. Considering the highest score a team can achieve in bowling is 300, the Wildcats had a decent first showing. Millard West came out even more fierce in the second set of bowls achieving a score of 177. During this round, they out bowled every other school again, and this was their highest score in the meet.

“We have practiced so hard this season and overcame many struggles,” Parkman said. “For my past four years on the team, Millard North has always brought us challenges, and they have ended up coming out on top. It feels good to know the effort we put in gave us great success in this meet.”

For the third set out of six, Millard West started off with a pace similar to their opening play. They scored a 159 in this set of bowls and maintained a smooth rhythm, showing they had confidence bowling in this meet. After the third set of bowls, the Wildcats continued to improve, accumulating a score of 163.

“As we went through each game we set goals for ourselves and set a high standard at a score of 150,” Stuckenschmidt said. “We started out strong in the first game which gave us the confidence and momentum to keep scoring high. Then we got into the zone and continued to beat many of our practice games scores leading to the win.”

The last two sets began with the Wildcats starting off slower. They had proved themselves early in the meet as heavy competitors for the other schools and were many pins up. Millard West scored a 147 in their fifth set of bowls and ultimately got their second to worst score out of the baker six. Following this, the Wildcats missed even more opportunities and got a 118, their worst score out of the six. Even with this score, the Wildcats were still able to out play every school and come home with a district win.

“The team realized early going into the match that the only way to win Districts was to bowl a series of higher scores than they had previously obtained,” coach Jan Lehms said. “They completed this by working together and acknowledging what they needed to achieve to come out with a win.”

The state tournament occurred on Monday, December 7 and it contained six round seeding games and then best of five games with single elimination. The Wildcats were knocked out in the first round against Norfolk and North Bend central high school won the tournament.