Wildcat football over this summer 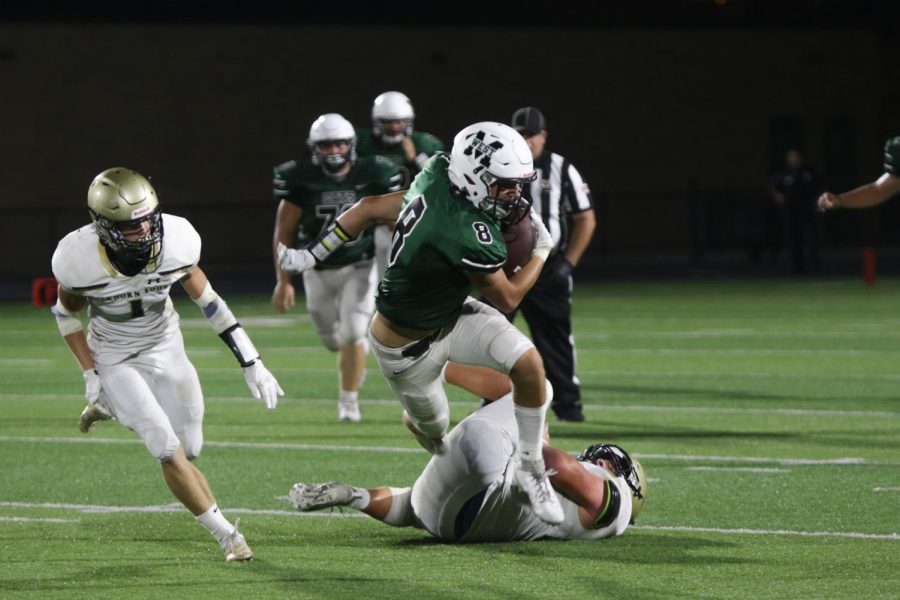 Over the years we’ve all fallen in love with the atmosphere at Millard West Football games, but this year that atmosphere is totally different due to COVID-19. Players and fans all over Millard were devastated to hear that this year each player would only be allowed to give four tickets out to attend games. Normal tickets will not be available for purchase.

Summer 2020 was the first time in years that the football team had to change something up in the preseason for the upcoming year. The team had to do drills and scrimmages in smaller groups. The Wildcats prayed that their entire season wouldn’t come to an end due to the pandemic.

“This summer the team did everything in our power to prepare as much as possible for the season,” senior defensive back Kaden Williams said. “Some kids were not able to practice because they were advised to self-quarantine, causing practice to be a little harder.”

The team stayed as safe as they could during practices over the summer. Wearing a mask under helmets, frequent hand sanitation and equipment constantly cleaned off helped the spread of the virus. Keeping everyone healthy and safe during this time was the number one concern for Millard West. The Wildcats also split the team up into smaller groups based on their position, the groups are not as populated and everyone can social distance as much as possible.

“Groups were put together by the position, and by what other sports you play for Millard West,” senior wide receiver Colton Andrews said. “Our groups rotated days using the weightroom to lift and the field to practice.”

Even with the possibility of the whole fall season getting canceled, the Wildcats had no fear and still kept grinding to make the best possible team this summer. Only six returning starters from last year left the team with plenty of spots to fill on both sides of the ball. There’s plenty of athletes to play, but only 11 spots to fill on each side of the ball.

“We went to practice everyday not knowing if we could return the following day,” senior linebacker Brecken Wallace said. “We still worked our hardest every day and every play we had. This season is going to be totally different for everyone and we have to adapt,”

This season is going to be differe nt for the players, coaches, and fans but everyone is thankful that football is still on. After last year’s 11-1 season ending in a loss during the semi-finals to the state champions Bellevue West, the Wildcats want revenge this year. Millard West looks to be a strong team with their goals to make the playoffs for the fourteenth season in a row. The season kicks off at 7 p.m. on Thursday, August 27th against Elkhorn South at Buell Stadium.