Taking matters into your own hands

Local teacher decides to run for the state legislature 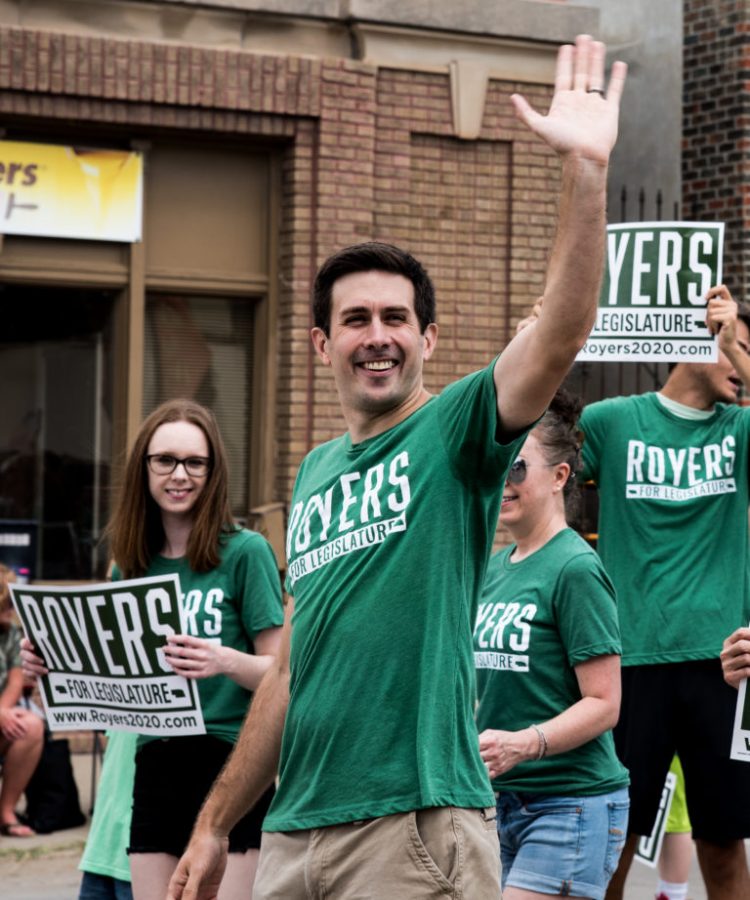 Social studies teacher Tim Royers has known since the beginning of his teaching career he wanted to make a difference in the education system. He will have a chance to do so as he runs for the state legislature in the 2020 election.

With election day right around the corner, people are voicing their opinions on what they want to change in their country and state. As citizens, that is really all we can do, try to make our voices loud and clear in a system where voices many times aren’t heard. Most people brush this off and complain about these issues that aren’t being dealt with, but after so much time, the best way to make the changes that are needed, is by taking matters into your own hands.This is the thought that crossed social studies teacher Tim Royers when he decided to run for the Nebraska State Legislature in the 2020 election.

Early on in his teaching career, Royers was preeminent in the advocacy for issues in the Nebraska education system. After joining MEA (Millard Education Association), Royers was a part of the contract writing process which determines issues like salaries, benefits and days worked. Royers quickly realized that he would have to take the fight to the state. Luckily for the past eight years, educators have had former Millard West principal Rick Kolowski as their state legislature who advocates for their struggles as teachers and helps push the issues that need fixing in our community. Due to term limits, Kolowski will have to step down and many people are worried that whoever replaces him won’t pay as much attention to education as he did.

“It was not a complete surprise when Mr. Royers came to me about his decision to step away from teaching and run for the state legislature,” Millard West principal Greg Tiemman said. “He has been active in state government for quite some time now. Great teachers like Mr. Royers are not replaceable; he truly has been a gift and our community has been very fortunate to have him at Millard West.”

The event to solidify his desire to run for the legislature was while he was testifying on a bill and a senator asked him a question to make his position seem unreasonable. In response Royers answered his questions with more questions, he was told he couldn’t ask questions as a testifier, and that if he wanted to ask questions he would have to sit in their chairs. To which he finally decided it was something he was going to do. Royers had also assisted in campaigning for Senator Kolowski before which gave him the insight he needed to know the work that goes into a campaign like this.

“I had this moment where I realized I’ve unintentionally gotten myself familiar with the system,” Royers said. “I’ve already built relationships with many people in Lincoln. I had a unique combination that I could speak on what it’s like to teach right now, and I also had experience with the political side of the spectrum which drove me to really keep going.”

In order for Royers to have a chance at winning, he needed to get his name out there. He had sent many mailpieces all over the district, but the way he felt would be the most effective way was to go door to door and meet every single person and also ask around to see what other issues people thought needed fixing. Due to the pandemic, he isn’t able to go door to door anymore, but still reaches out to voters via phone calls. Overall he has captured the attention of the community and has gained the trust of the people.

“He has a great passion for how things are being done in the school system,” voter Mary Fran Willard said. “He sees where there are areas that could be helped. I think it’s great he’s reviewing the state funding property formula in hopes of property tax relief without jeopardizing our children’s education.”

Royers’ campaign is currently halfway towards his donation goal of $100,000 to run his campaign. Royers plans to also decrease property taxes and have more state funding for schools and to find new ways to keep young Nebraskans to stay in Nebraska.