Next generation, next big thing 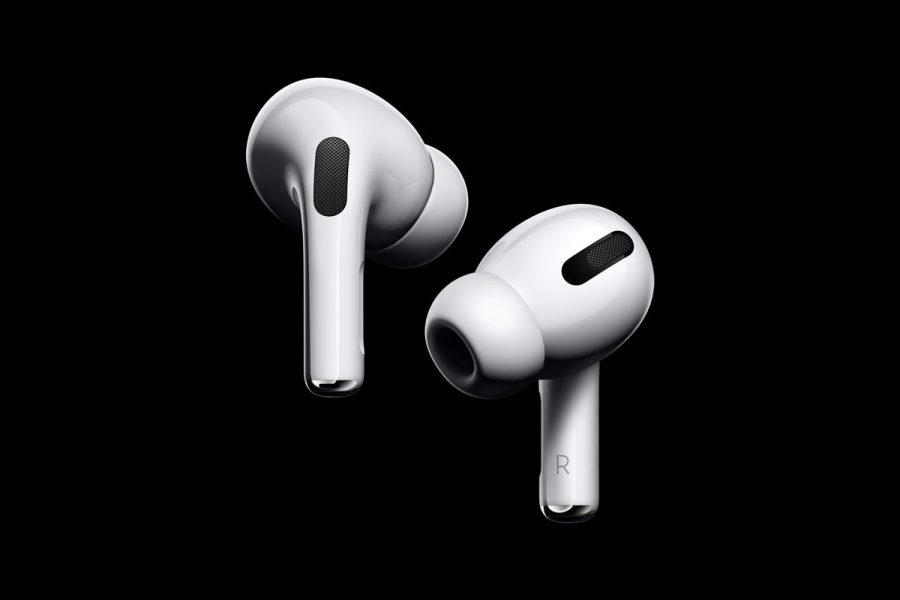 This is the new design of the Apple Airpod Pros. This picture shows many of the features including the silicone tips and force sensor along with some other external features.

The airpod pros were released by Apple on October 30th, 2019. They have many new features including a noise cancelling option and silicone ear tips. They are currently available for purchase at many stores including Apple and Best Buy for $250.

The first improvement is the wind proofed mic. The microphones on the new airpods now reside on the outside of the earpiece and have an expanded mesh port compared to the earlier airpod generations. Apple says they have tested this new mic and it produces better quality in sun, wind and rain. This feature is a huge benefit for Apple airpods, and will make a big impact for people trying to get better quality earbuds

The next addition is transparency mode, which allows users to not only listen to music, but also listen to the outside world at the same time. While the airpods are in your ears they are taking audio from the external microphone and mixing it with what’s being played. For example, if an individual is on a run, and someone stops to try to talk to you, you will be able to hear them and your music at the same time. This is my favorite feature because it is revolutionizing the airpods and showing what Apple is capable of.

Another feature Apple added is noise cancellation, which is basically the opposite of transparency mode. It eliminates all extra outside noise not coming from your airpods. This is done through a high quality version of ANC(active noise cancellation) added in. It also has a secondary microphone added in to cancel out any internal noises it hears. The creators say that it checks up to 200 times a second for any extra noises potentially to block. This addition is what will make so many people splurge to buy this new product.

Furthermore, Apple added an improved H1 chip and force sensor. The H1 chip in the second generation airpods controlled everything like “hey siri” and calling people. Now the new and improved H1 chip has a better sound quality making it nearly impossible for siri not to hear what you say.

This chip was improved for different weather conditions as well, including rain. The force sensor controlled the double and single tap feature in the generation two airpods. In the airpod pros it is designed so that instead of tapping and risking them falling out, you squeeze the airpod pro to give it commands. For example, if you want to skip a song squeeze twice. If you want to pause/play a song squeeze once.These improvements aren’t revolutionizing airpods or changing the sales of the product as say the transparency mode and noise cancellation, but they are still improving them greatly.

Lastly apple has a new sweat resistance design. This feature allows the airpods to maintain a strong hold in your ear whether in a heavy workout or in the rain. Although you can’t wear them swimming or in the shower it will hold up in harsh weather conditions. This feature was already implicated in the earlier airpod generations making it not impressive as the others.

The airpod pros are worth what they are asking. They have next gen technology like noise cancelling and transparency mode features that have not been released in most other products like them. Also, the new sweat and rain resistant feature along with the windproof mic will make them ten times better quality than the previous generations of airpods.