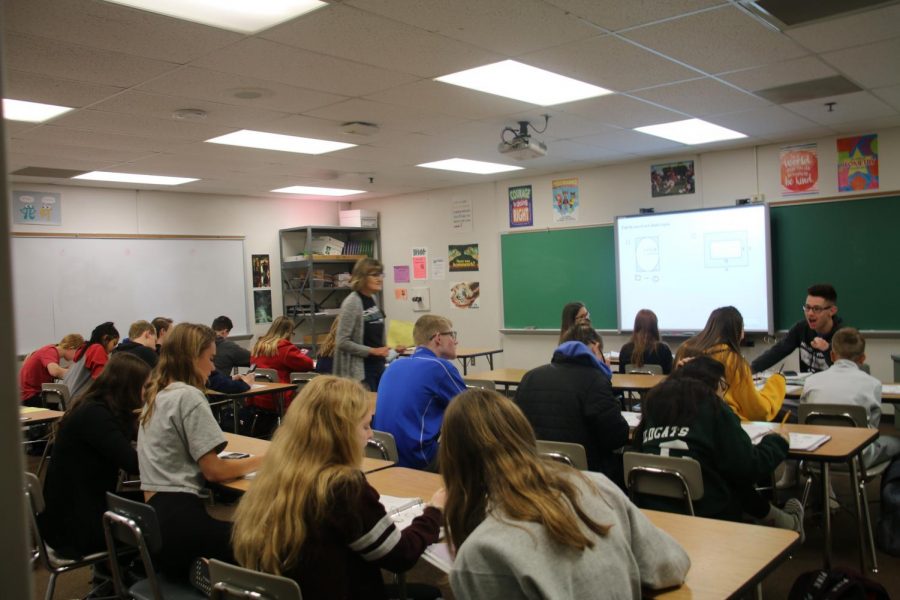 California Senator Kamala Harris wants to extend school hours from 8 a.m. to 6 p.m. This would mean that the already tired students and teachers would have to stay for another three hours.

On Wednesday, November 6th, Democratic presidential candidate and California Senator Kamala Harris introduced a bill to extend school days from 8 a.m. to 6 p.m. The purpose of the bill to reduce the stress of parents on childcare and to align the schedules of working parents. The bill comes with a five year grant period worth up to $5 million per school district to go to 500 schools with a high number of low-income families. Faculty and staff will only be asked to work if they sign up to take on the extra shift to which they will be fairly compensated with Harris saying she’d raise the salaries of the average teacher by $13,500.

The bill proposed by Harris caused the public to explode with both negative and positive reactions on the bill with many people racing to their keyboards to post their thoughts on the bill. Reporter Brendan O’Connor explains that the solution needed is to actually reduce the hours of workers. The US is already losing up to $57 billion in work productivity every year and this bill would only add to that number which would complicate the fact that the US is already in several trillion dollars worth of international debt which would have to come from taxpayers pockets. The possibly $2.5 billion cost would only account for the grant period Harris proposed, this does not take into account the additional $1.3 billion 21st Century Learning Community Center summer programs. That would mean that $3.8 billion dollars would be the cost of simply just testing this out, if the bill were to pass, the cost of integrating the change to schools all across the country would be astronomical.

The reduction of working hours is a strategy already proven to be successful with studies showing that less work hours boots work productivity with many companies already incorporating it into their schedule. Microsoft Japan gave its entire 2300 person staff every Friday off for a one month trial period and results proved that work productivity increased by 40%. Similar results were seen in companies in New Zealand and Sweden going from 40 hour work weeks to 32 hour work weeks.

The change would also get in the way of other out of school activities a lot of students are enrolled in like sports and other after school activities. After school activities take up a lot of time already. A lot of sports don’t get out of practice until 6-7 p.m. every night which would give students less time to do their homework and relax from the long school day. Not to mention the amount of stress and work students and teachers go through with a normal school day. You are asking them to go through another three grueling hours of school which will send teen stress and depression levels through the roof.  Many schools already have after school centers where the kids who need it could wait for their parents under the supervision of willing teachers and other staff. Other options could also be used to make sure children get home safe and sound. Options like carpooling, having them stay at a friends house until you get home, hiring a babysitter, and many other options that don’t include government intervention and the cost of money that doesn’t exist.

The Kamala Harris proposal to make schools days an extra three hours longer poses many issues that question the fact that would it even be worth it. The cost of testing and then possible integrating the change would put the U.S. even deeper into debt. The bill would interfere with out of school activities for students, and there are already many after school programs to help students and parents with their work schedules. There are simply better alternatives to solve this issue in our country that would not only solve these issues but take others down with it.